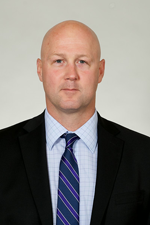 Shawn will also be the Head coach of this team and will implement some of the best hockey people in the business. Shawn is the former head coach of the Hawkesbury Hawks Junior A Club of the CCHL, one of the top leagues in North America. Shawn retired from professional hockey in 2004, in which he spent twenty years playing the game of hockey all over the world including time in the NHL, AHL, IHL, Europe, Team Canada and the University of Maine. With his world experience Shawn immediately went from being a professional hockey player to becoming a professional hockey instructor and creating Hockey Specific Training (HST). Over the past ten years Shawn has been teaching the game of hockey to thousands of players which include players from the age of five all the way up to the pros. Shawn is a Hockey Canada NCCP Certified Advance Level 1 coach which puts him in an elite class of educated coaches. Shawn and his staff work in the hockey industry day in and day out. They live and breath hockey 24/7 so every hockey player who is part of this program will no doubt improve on every level of their game.

The other aspect of this program and truly the most important because one day hockey will come to an end is the Academics of Le Sommet International Hockey Academy. Not only will you get a top-notch education that will allow you to move on the any University in North America, but you will also learn both French and English languages. Le Sommet International Hockey Academy is a French Program that will include English courses to give you the perfect balance. There are many former students of Le Sommet that have gone on to English Universities both in Canada and the United States and have had tremendous success because of their ability to speak two languages. All necessary support within this program has been put in place for non-French speaking students to adjust, adapt and over come this initial obstacle. The International student’s curriculum is specifically set up for this obstacle and will allow for a smooth transition over the course of the school year.